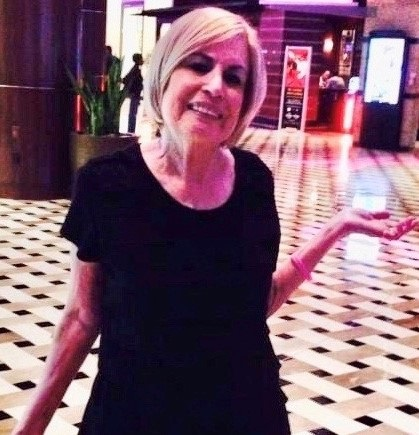 Gloria Humm, 76, of Pembroke Pines, passed away August 9, 2020, peacefully while watching TV. She was born to the late Paul Fine and Claire Lenkofsky, October 1, 1943, in Miami Beach, Florida. Gloria moved to Hawaii with her late mother and late sister Robin Lanvin where she lived for most of her childhood. It was there that she met Bjorn Wahman and had her first-born Paul Oliver of Wyoming. She then met and married her late husband Kenneth Oliver and had two more children David Oliver of North Miami and Joan Corns of Coconut Creek. They moved to Dayton, Indiana and lived there for 16 years raising their 3 children. She then relocated to Florida where her and her late husband James Humm resided for over 30 years. She is also survived by her Grandchildren Kyla Moore of Pinehurst, NC; Chelsea Laudicina of Jacksonville, FL; and Cassidy Moore of Charlotte, NC along with 3 great-grandchildren. Gloria worked in many jobs during her life but enjoyed working at Royal Caribbean the most where she was a Customer Service Salesperson for Cruises. She retired in 2007 after 17 years of service with RCCL. In her retirement Gloria liked spending time with her family, cooking, taking pictures (much to her grandchildren’s despair at times when they were younger, but now they are happy they have them), going shopping, traveling, gambling at the Casino and taking care of her many birds. She was a loving, caring person that treated everyone she met as family. No one was a stranger to her. Gloria was immensely proud of her family and would often talk about us and show off pictures to anyone that would listen and look. At the time it was embarrassing, but now we look back and know how much she loved us all. She leaves behind nothing but beautiful memories to all that she touched. A Graveside service will be held at 10:30 am Friday August 21, 2020 at Menorah Gardens and Funeral Chapels in Southwest Ranches, FL. Memorial contributions may be directed to American Heart Association or any Animal Charity/Foundation of your choice.

Share Your Memory of
Gloria
Upload Your Memory View All Memories
Be the first to upload a memory!
Share A Memory
Plant a Tree