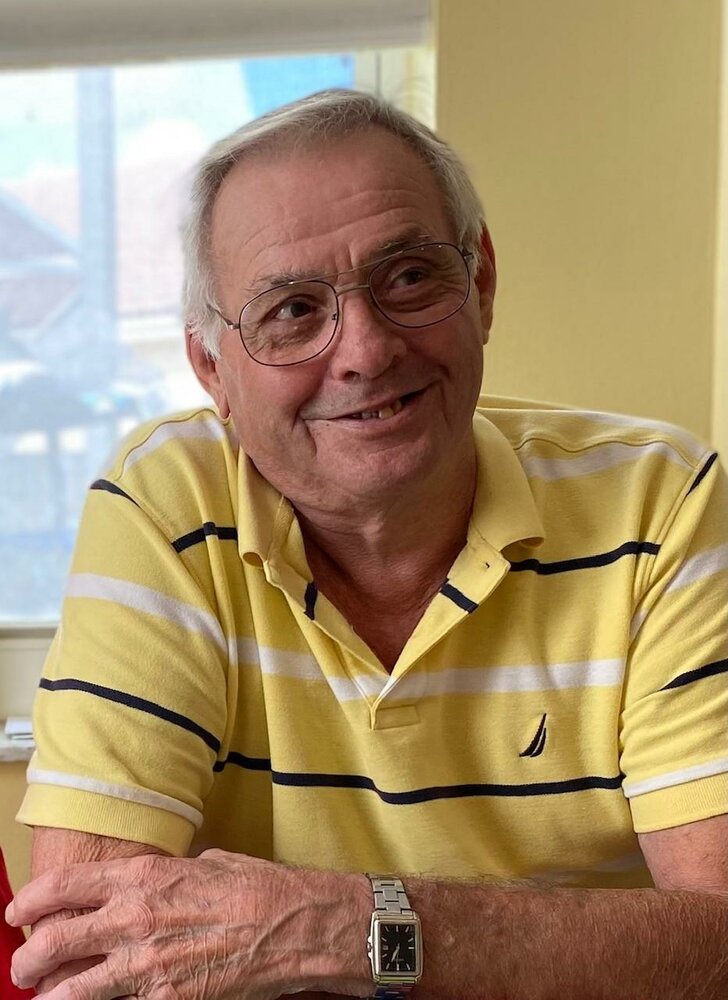 William (Bill) George March, 85, passed away peacefully and unexpectedly on Wednesday August 3, 2022, at his home in Pembroke Pines. He was affectionately known as ‘Poppo’ and ‘Pops’ to those who knew him well. William was born in Toronto, Canada, the son of the late Norman and Gladys March. He worked most of his life in the automotive industry, and retired as a body shop manager in 2013, when he moved to the United States with his second wife Maria. He had many hobbies and enjoyed golfing, wood-working and watching hockey, especially the Toronto Maple Leafs. After Maria’s passing in 2018, he fulfilled a life-long dream and moved to Florida, where he lived with his grandson Alexander and his family. He was an integral part of our daily lives and he will be missed dearly. William was a kind, loving and generous man. He always had a fun story to tell and brought joy to those around him. He loved teaching and coaching his sons in hockey. He was especially loved by his grandson Alex, who is going to miss him tremendously. Pops doted on Alex and was always there for him – picking him up from school, taking him to karate and hockey practices, and playing numerous board games (especially Sorry!). William was preceded in death by his parents and his wife Stanca Maria Georgescu. William is survived by his sons Jerry, John (Nina) and Jeff (Samantha), brother Fred, sister Margaret, granddaughters Delilah and Hayley, stepsons Adrian (Victoria) and Stefan, grandson Alexander and numerous friends. A visitation will be held on Sunday August 14, from 4-6pm, at Scarano Funeral home, 9000 Pines Boulevard, Pembroke Pines. As per his wishes, William will be cremated.
Sunday
14
August

Share Your Memory of
William
Upload Your Memory View All Memories
Be the first to upload a memory!
Share A Memory
Plant a Tree