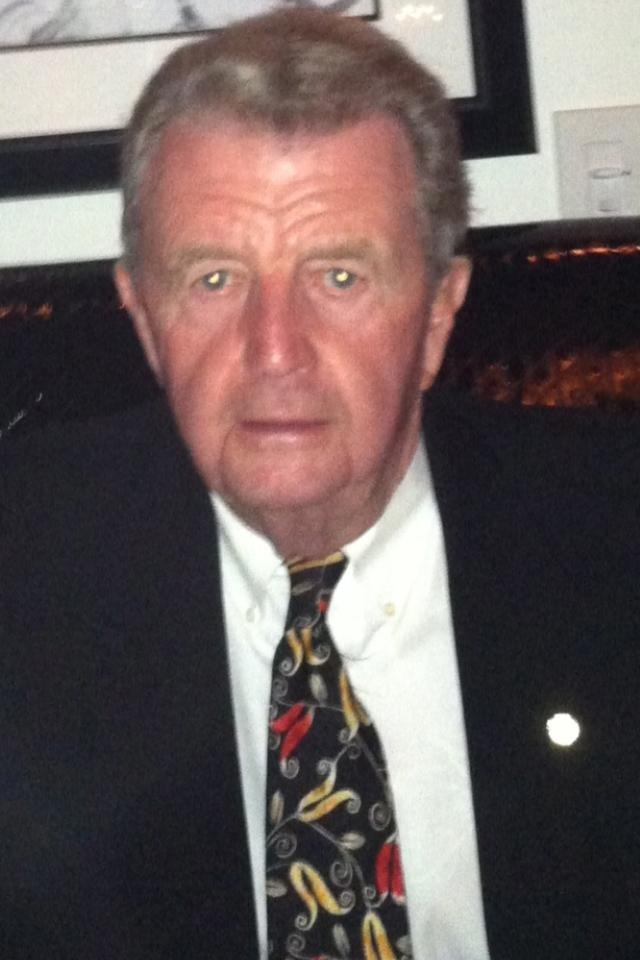 Please share a memory of Jack to include in a keepsake book for family and friends.
View Tribute Book

One night a man had a dream.  In it he was walking along a beach with the Lord.  Across the sky flashed scenes from his life.  For each scene, he noticed two sets of footprints in the sand, one belonging to him, and the other to the Lord.

When the final scene of his life flashed before him, he looked back at the footprints in the sand.  He noticed many times along the path of his life there was only one set of footprints, and realized that they came at the hardest and saddest times of his life.

Bothered about this, he questioned the Lord saying, "Lord, you said that once I decided to follow you, you'd walk with me all the way.  But I have noticed that during the most burdensome times in my life, there is only one set of footprints. I don't understand why when I needed you the most you would leave me."

The Lord replied, "My dear child, I love you and I would never leave you.  During the times of trial and suffering, when you see only one set of footprints, it was then that I carried you."

John Patrick McCall; known to most as Jack McCall but to his family he was Poppy. Jack grew up in Lansford, Pennsylvania with six siblings one younger brother Emmett and five sisters; Patsy, Grace, Trudy, Geri and Sheila.

In the eighth grade Jack and a group of his friends went to the St. Joseph’s Church Festival where he won a prize from a dart-throwing booth. Suddenly, a pretty young girl ran by and stole his prize on a dare. It turns out that pretty young girl also stole his heart. From that day forward they were inseparable and became better known as Jack & Pat.

In high school Jack attended LaSalle Military Academy on Long Island, New York and became a member of the ROTC. Upon graduating he enrolled at the University of Pennsylvania. While at Penn he was the President of the Newman Club and of his Fraternity (Beta Theta Pi) and still found time to be a member of the ROTC. He graduated from Penn after receiving his MBA from The Wharton School of Business. He then took his military training and leadership skills and proudly served as a First Lieutenant in the US Army for four years. Traveling from base to base with a growing family, Jack settled in Miami Lakes, Florida with six kids and a thriving business career.

While working to make himself a successful businessman, Jack spent his down time coaching at the Miami Lakes Optimist Club. There he made many lifelong friends. He served as President of the Miami Lakes Optimist Club numerous times and even went as far as to become the State of Florida Governor of Optimist International, speaking at different conventions held throughout the country. He coached the Athletics baseball team “The Green Machine” for more than 50 years. Teaching thousands of kids, his grandkids included the fundamentals of the game. The energetic chant, “here we go green machine” and “here comes the green” could be heard coming from the field every week.

Many of the members of the Miami Lakes community knew Jack McCall as a leader, a kind and gentle soul with a never ending sense of humor. He dedicated five decades of his life to serving the community he loved. He served as President of the Miami Lakes Chamber of Commerce. Jack taught CCD at Our Lady of the Lakes Catholic Church in which he sponsored several of his students for Confirmation. One of his proudest achievements was co-founding the OLL Church Festival which over the years has raised millions of dollars for the church and the community. Who can forget as the festival drew near the Korny Karny King would get up and speak to the congregation at the end of mass? He would ask for volunteers, give us updates and then there was those jokes…it was his own three minute stand-up routine that left everyone laughing. Jack was Chairman of the festival for over twenty-five years. The festival has since become an annual celebration.

Jack McCall dedicated his life to helping others and will be missed and remembered by many. He is survived by his loving wife Patricia, six kids; Sean, Sharon, Sheila, Kevin, Melissa and Christopher and his greatest joy in life his eight grandchildren; Michael, Casey, Kelly, Bailey, Brandon, Max, Caitlin and Brennan.  Arrangements by Joseph A. Scarano Pines Memorial Chapel 9000 Pines Boulevard, Pembroke Pines, Florida 33024

Share Your Memory of
Jack
Upload Your Memory View All Memories
Be the first to upload a memory!
Share A Memory
Plant a Tree