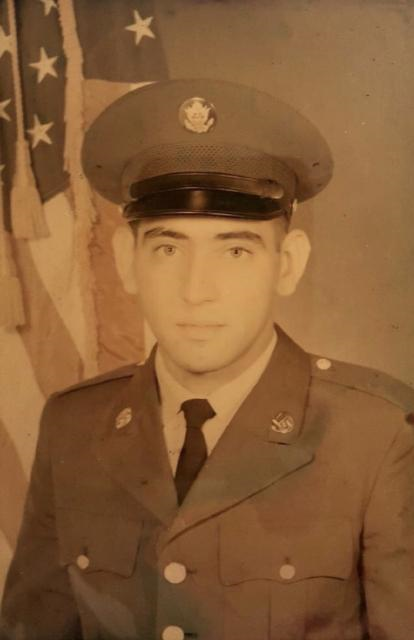 Gilbert Reyes was born in Havana, Cuba on December 10, 1949 to Isabel Mercedes Carmona and Jose Ramon Reyes. He is survived by his sister Elisa Martinez.

At the age of 12 years old he came to the United States to flee the Cuban regimen. Arrived at Long Island, New York in 1961. Graduated in 1969 from Plainedge High School in New York.

In 1970 he enlisted into the Armed Forces of the United States of America.  He received the National Defense Service Medal, Vietnam Service Medal, Army Commendation Medal and Vietnam Campaign Medal with 60 device.  He was awarded an Honorable Discharge in 1972.

When he returned to the states he married and had a son, Kevin Gilbert Reyes.  Later he divorced and remarried Juanita Reyes his surviving wife.  At the time she had two children, Angel Luis Navarro and Jorge Luis Navarro, from a previous marriage and he became their father without hesitation.

One of the children Jorge Luis Navarro passed in 1978.  Gilbert was their rock. During that same year his daughter Lisa Beth Reyes was born. He worked at UPS and as Owner Operator as a truck driver and was always a provider and supporter.

He retired at the age of 62 and enjoyed country music, country animals, fishing, playing dominoes and spending time and vacationing with his family.  He and Juanita were married for 42 years.

He passed November 26, 2019.  He will be greatly missed and will remain in the hurts of his loved ones for ever.

Share Your Memory of
Gilbert
Upload Your Memory View All Memories
Be the first to upload a memory!
Share A Memory
Plant a Tree