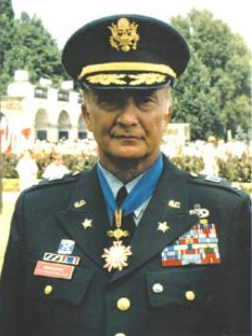 Our beloved father and grandfather, Zdzislaw Wesolowski, 85, died Thursday peacefully in his sleep at home in Davie. He was born in Gdynia, Poland and immigrated to the United States after World War II. He was the son of the late Antonina and Captain Stefan P. Wesolowski, a World War I and World War II Polish American veteran and naval war hero. In his youth, he joined the Merchant Marines and sailed as an able seaman and machine operator. His military service began in the United States Air Force where he served 8 years on active duty. He completed various aviation schools and the Air Command and Staff College. He served for over 33 years (active duty/reserves), with posts including Aircraft Engineering Officer and rose through the ranks to Captain. He was called to duty again in 1992 to serve in the South Carolina State Guard as a Colonel on the general staff, as a reserve officer. He was awarded twenty five U.S. and foreign awards and decorations which included the Air Force Commendation Medal and the State of New York Conspicuous Service Cross, campaign and service medals. He has lectured at the Polish Naval Academy in Gdynia at the invitation of the Polish Minister of National Defense. Dr. Wesolowski held several administrative positions with the McDonnell-Douglas Aircraft Corporation, State University of New York, Duquesne University, and Florida Memorial University as Chairman of the Division of Business, Economics and Aviation. He also was a Professor of Business and Economics at Florida Memorial University in Miami, Florida. His academic background consists of four academic degrees in the field of management, economics and administration, which he received from Staten Island College, State University of New York, St. Louis University, and Nova Southeastern University. Zdzislaw facilitated the development of the Department of Aviation and Aeronautics at Florida Memorial University, where he held the position of director until his retirement. He received 12 million dollars from the Federal Aviation Administration to create the school. He was also the creator of FMU’s Aeronautical and Air Traffic Control Program. He has authored over 25 publications in management and economics and has presented scholarly papers in his field before the American Academy of Management, the Atlantic Economic Society, the Institute of Management Sciences and the American Transportation Society as well as the Polish Academy of Science. His doctoral research on the origin of management theory and the contribution made by Karol Adamiecki has been published in the United States by the American Academy of Management and abroad with a translation in Poland by Ossolineum Press. He was a member of various academic and cultural organizations such as the American Academy of Management, American Economic Association, Polish Academy of Arts and Sciences, Polish National Alliance, the Kosciuszko Foundation, Pilsudski Institute, Polish Legion of American Veterans, Third Century Bicentennial Committee. He was the Vice President and Chairman of the Board of Trustees of the American Institute of Polish Culture in Miami for five years. In 1976 he served as Chairman of the Polish-American Committee during OPERATION SAIL 76 in New York and Miami with the Bicentennial Committee for the year 2000. He was the cofounder of the Polish American Chamber of Commerce of Florida and the Americans in 1993. He was assisting his College in establishing a Polish program and headed three missions of professors and businessmen. In 1993 he headed a delegation of American medical doctors to help Polish hospitals which resulted in delivery of ambulances and medicine. He founded the POLISH AMERICAN CHAMBER OF COMMERCE OF FLORIDA AND THE AMERICAS in 1993. As acting President, he participated in the establishment of Poland into NATO Act of 1994. President Lech Walesa of Poland decorated him in June of 1992 with the Commander's Cross of the Order of Merit for his contributions to Poland. He held many academic honors such as Professor of the Year and the Adamiecki Medal from the Polish Society of Management. Zdzislaw took an interest in Polish Militaria and developed expertise on the topic. He published Polish Orders, Medals, Badges and Insignia, which includes details and history from 1705-1985. This book includes over 1300 photos of almost all Polish civilian and military decorations. He divided his heart between his two homelands, Poland and America. He was a great patriot for both. Anyone who knew him was astounded with his abilities. His dedication and passion to our help enrich citizens in culture, the sciences and education has had tremendous positive impact and left a lasting legacy. Zdzislaw is survived by his children, Stefan, Wanda and her husband Rodrigo, and Juliana and her husband Beau; former wife, Emilia; grandchildren Wesley, Olivia, Alyssa, and Dominic; brother Jeremii and his wife Alice; nieces and nephews, Jeremii Jr. and his wife Leticia, Alexa and her husband Newton, Andrea and her husband Sean, Ashleigh and her husband Eric. He was preceded in death by his parents, Stefan and Antonina and his first wife, Lucia. We have lost a dear relative, friend, educator, and mentor. We thank all of our family and friends for honoring his memory and legacy.
Thursday
6
August

Share Your Memory of
Zdzislaw
Upload Your Memory View All Memories
Be the first to upload a memory!
Share A Memory
Plant a Tree