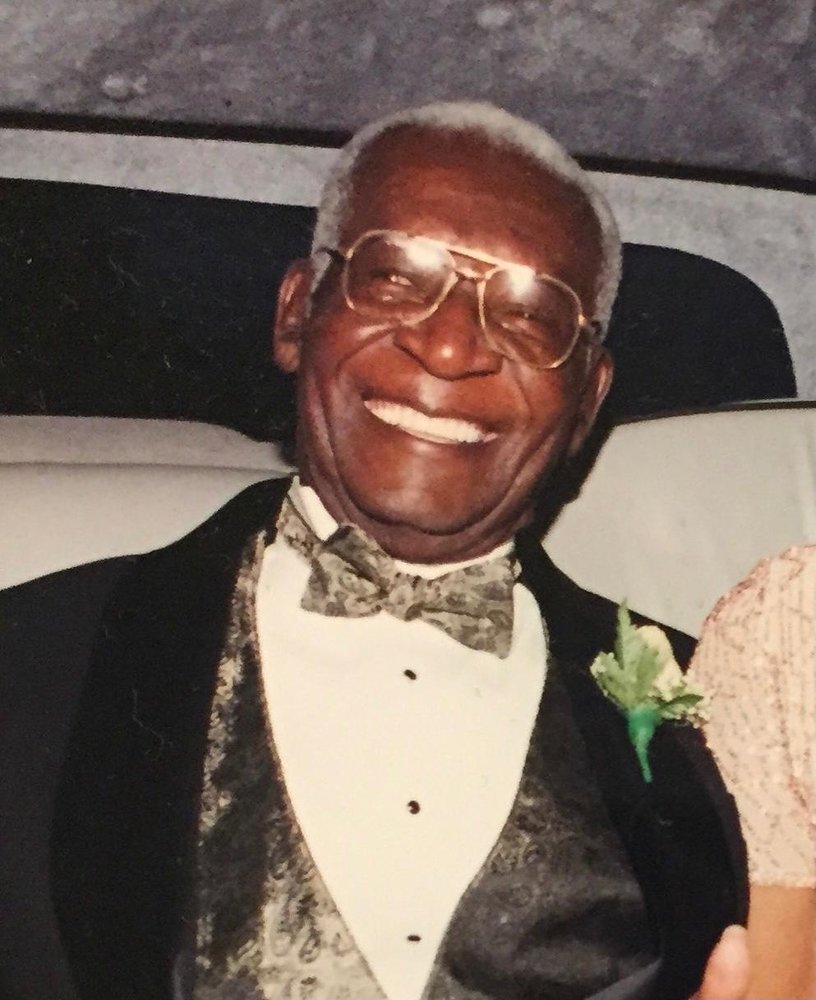 IN LOVING MEMORY-OUR BELOVED JOHN JACK OCTOBER 12, 1924- January 31, 2021 John Jack slipped away on Sunday, January 31, 2021-- at his side was his family. John, the son of Lovatha and Andrew Jack, was born on October 12, 1924 in Mason Hall, Tobago. He was preceded in death by the love of his life, Elizabeth “Liz” Jack. John is survived by his children Amril Jack, Altia “Linda” Halbert, and John “Joel” Alleyne. He is also survived by his grand-children: Lakeisha, Jemeyle, Wenona, Josef and Jacob. He will be remembered by his great-grandson, Keegan; sisters, Agatha Bristol and Evelyn King; several nieces and nephews and many friends. John was preceded in death by his parents, Lovatha and Andrew Jack, along with his siblings: Venice, Geraldine, Lenora, Harton, Miriam, Sonny, Roslyn and Omaldo.
Tuesday
9
February

Share Your Memory of
John
Upload Your Memory View All Memories
Be the first to upload a memory!
Share A Memory
Plant a Tree