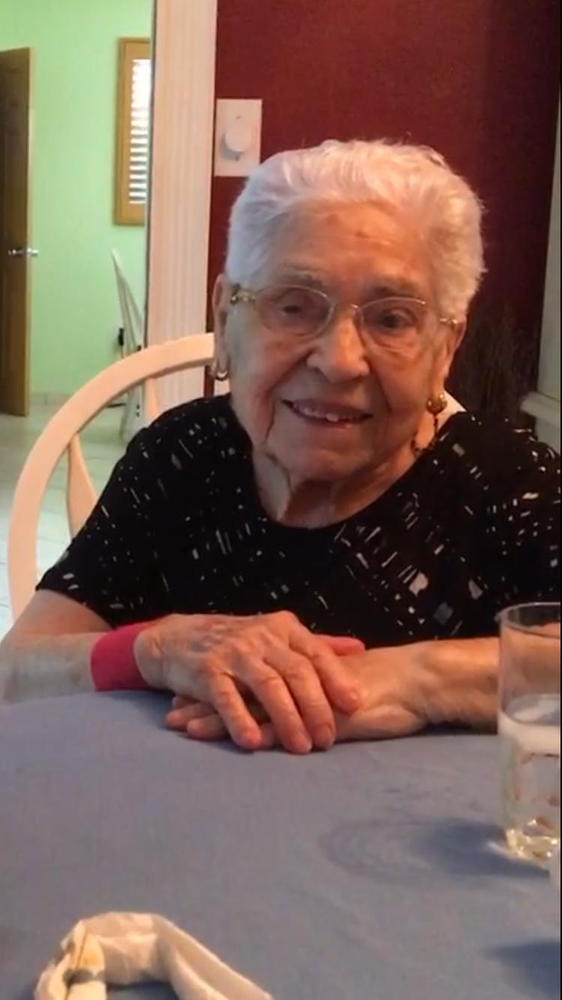 Rosanna Mazzaccari, 91, passed away on June 2, 2021 at her home in Hollywood, FL. Rosanna was born on April 6, 1930 in the village of Rocca di Neto in southern Italy. She was a precocious child who had a special flair for complicated needlework, but her most impressive talents could be found in the kitchen. By the time she was a teenager, she was making pasta from scratch daily for her parents and eight siblings. She later met and married Giovanni Mazzaccari. Together they had seven children: Francesco, Nicola, Giuseppe, Agnes, Maria, Antonio, and Domenica. In 1969 she bravely boarded a plane with her family for a new life in America, settling first in Brooklyn, NY where they owned a pizzeria in which she could be frequently found cooking alongside her family, and later moving upstate to New Paltz. She helped raise 8 grandchildren and lived to see 6 great-grandchildren. Years later, after the passing of her husband and her son Joe, she returned to Italy for a year, before finally settling in Florida, where she spent the remaining years of her life near her beloved family. She will be remembered with love for her healthy sense of humor, her delicious homemade sausage, pasta and Christmas desserts, and her constant and generous devotion to her family. A service is scheduled for 11 AM on Monday, June 7 at Nativity Catholic Church in Hollywood, FL. The funeral will be held in New Paltz, NY at _________ on __________. Please keep the Mazzaccari family in your prayers. The Joseph A. Scarano Presidential Memorial Chapel is Honored to assist the Mazzaccari family with the arrangements. --
Monday
7
June

Share Your Memory of
Rosanna
Upload Your Memory View All Memories
Be the first to upload a memory!
Share A Memory
Plant a Tree