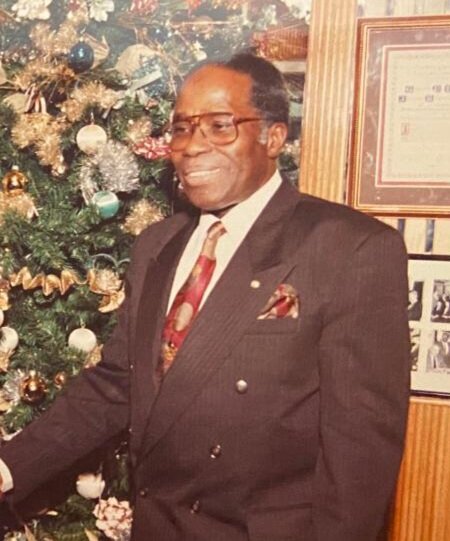 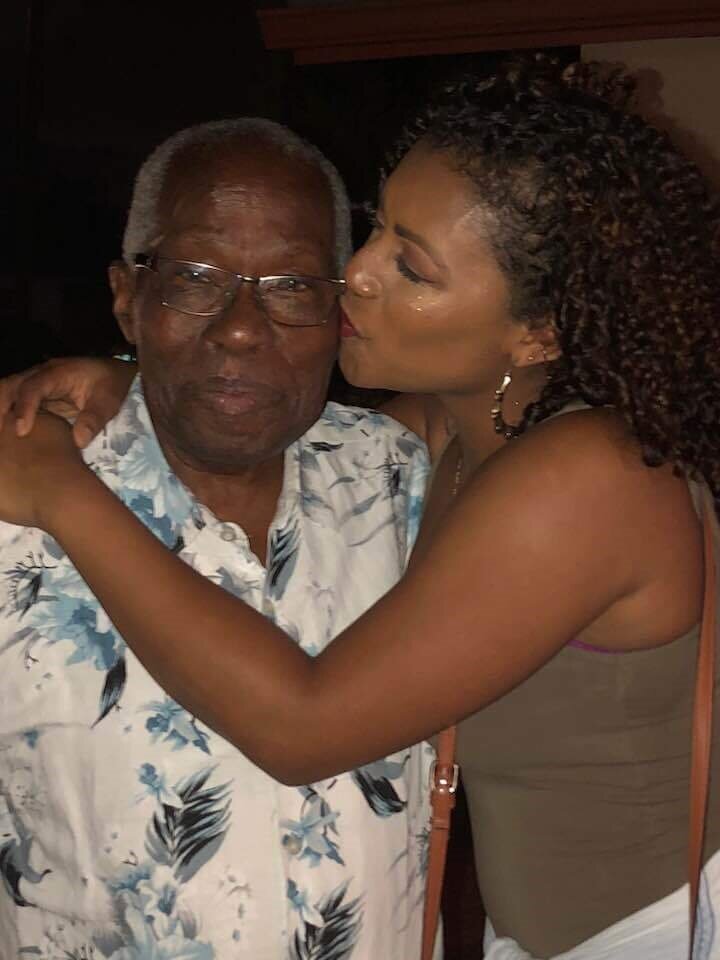 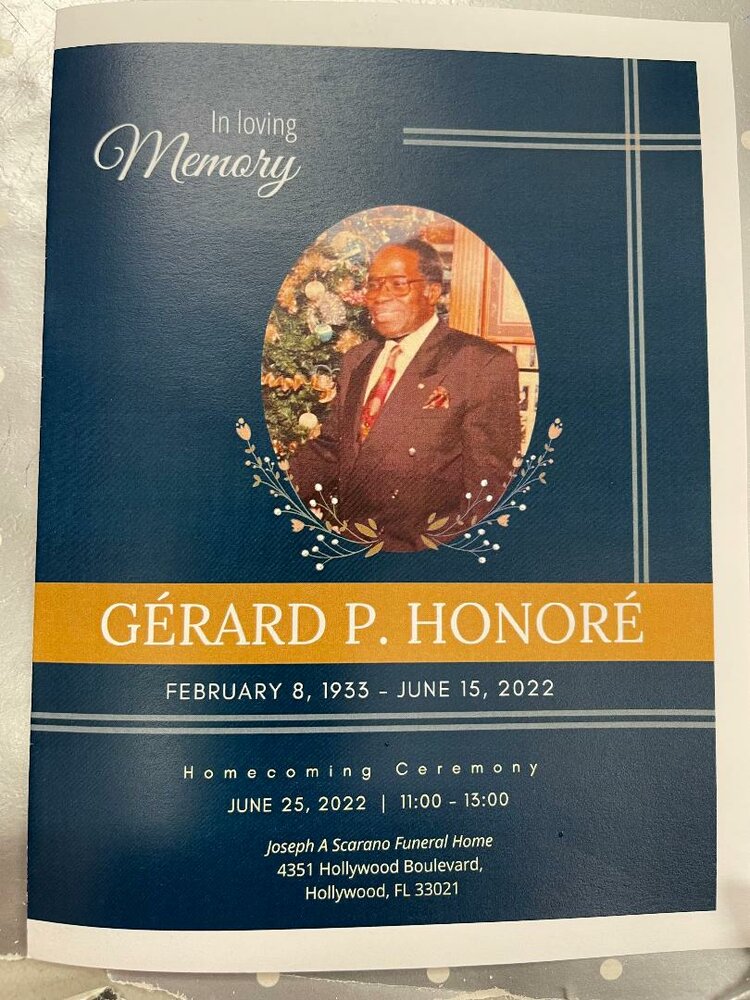 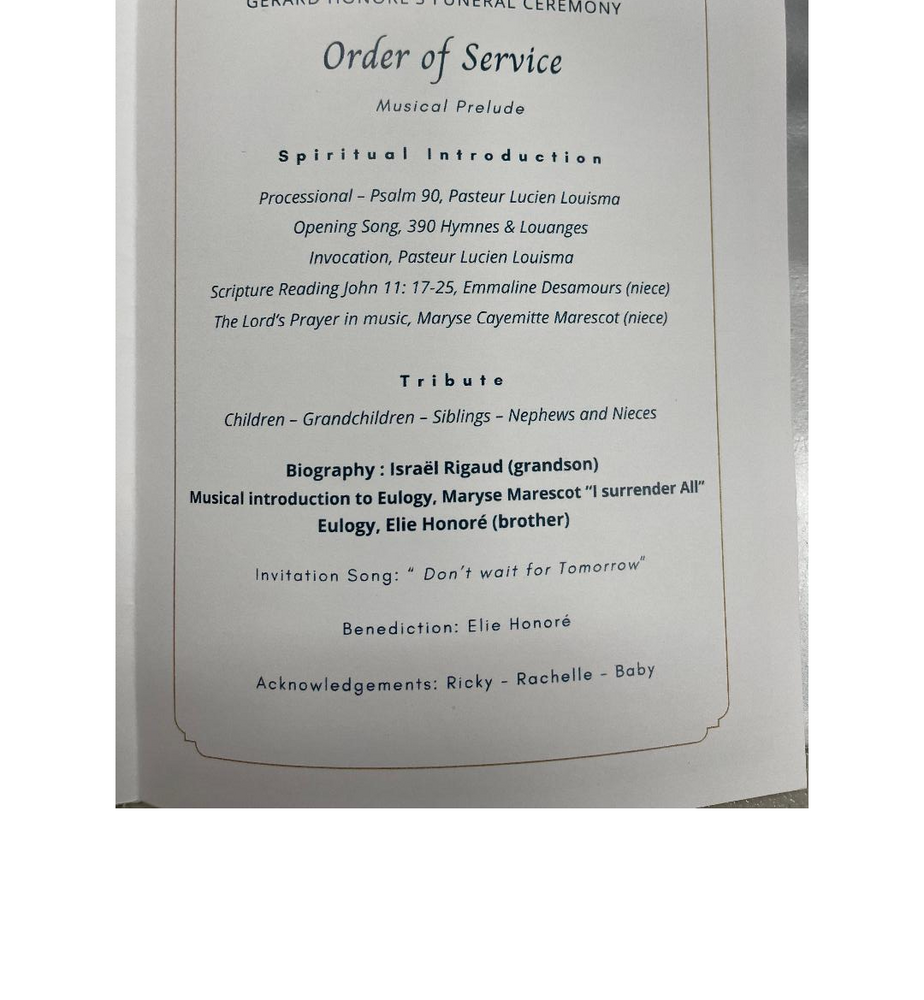 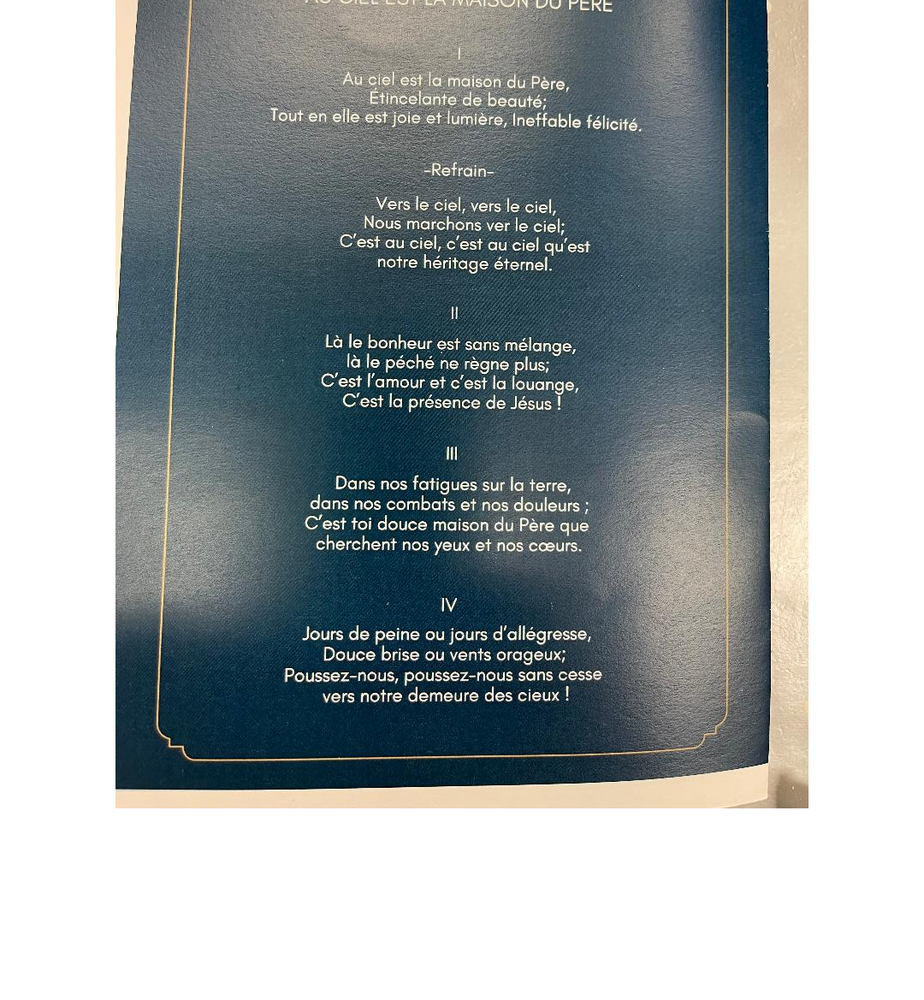 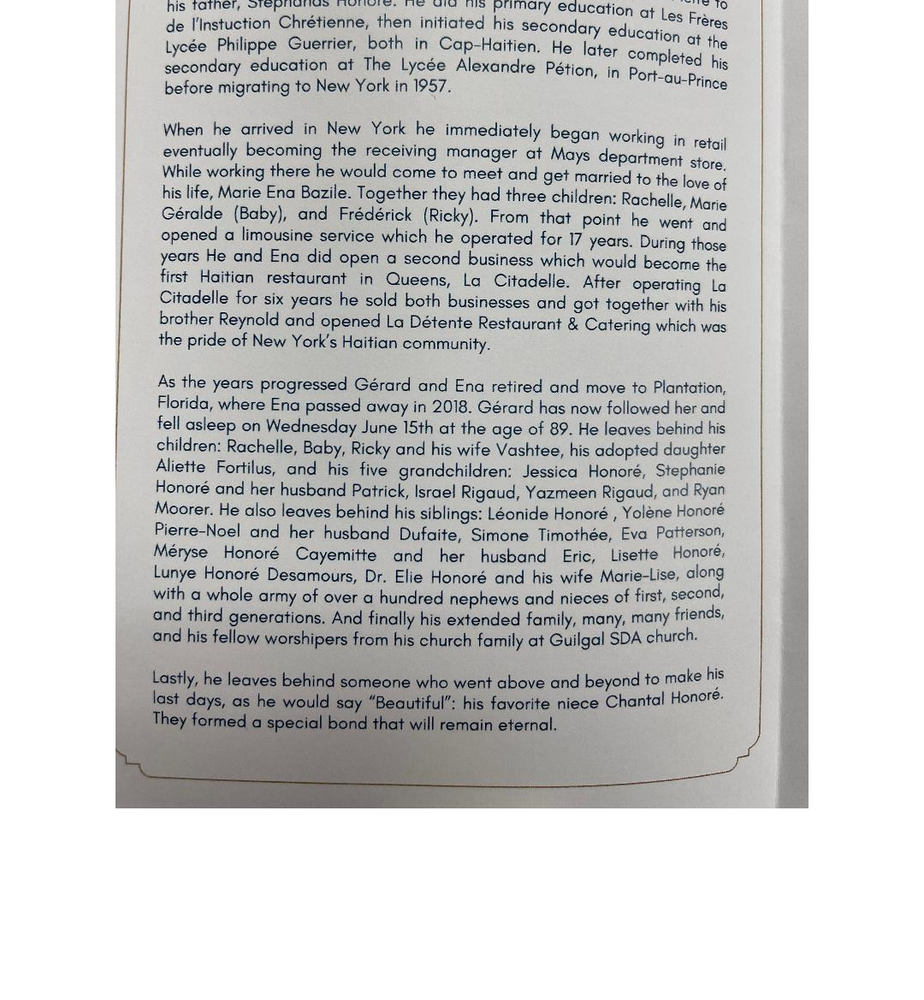 Please share a memory of Gerard to include in a keepsake book for family and friends.
View Tribute Book
Gerard Pierre Honoré was born on February 8th, 1933 in Cap-Haitien, Haiti as the second child of his mother Marguerite Pierre and his father, Stephanas Honoré. He initiated his primary education at Les Freres de l’instuction Chretienne then continued his secondary education at the Lycee Philippe Guerrier, both in Cap-Haitien. He completed his education at The Lycee Alexander Petion, in Port-au-Prince before immigrating to New York in 1957.When he arrived in New York he immediately began working in retail eventually becoming the receiving manager at Mays department store. While working there he would come to meet and get married to the love of his life, Marie Ena Bazile. Together they had three children: Rachelle, Marie Geralde (aka Baby), and Frederick (aka Ricky).From that point he would go on to open a limousine service which he operated for 17 years. During those years He and Ena would open a second business which would become the first Haitian restaurant in Queens, La Citadelle. After operating La Citadelle for six years he sold both businesses and got together with his brother Reynold and opened La Détente Restaurant & Catering which was the pride of New York’s Haitian community. As the years progressed Gerard and Ena retired and move to Plantation, Florida where Ena passed away in 2018. Gerard has now followed her and fell asleep on Wednesday June 15th at the age of 89. He leaves behind his children: Rachelle, Baby, Ricky and his wife Vashtee, his adopted daughter Aliette Fortilus, and his five grandchildren: Jessica Honoré , Stephanie Honoré and her husband Patrick, Israel Rigaud, Yazmeen Rigaud, and Ryan Moorer.He also leaves behind his siblings: Leonide Honoré , Yoléne Honoré -Pierre-Noel and her husband Dufaite, Simone Timothée, Eva Patterson, Meryse Honoré -Cayemitte and her husband Eric, Lisette Honoré , Lunye Honoré -Desamours, and Dr. Elie Honoré and his wife Marie-Lise, along with a whole army of over a hundred nephews and nieces of first, second, and third generations. And finally his extended family, many, many friends, and his fellow worshipers from his church family at Guilgal SDA church. Lastly, he leaves behind someone who went above and beyond to make his last days, as he would say “Beautiful”; his favorite niece Chantal Honoré. They formed a special bond that will remain eternal. Rachelle Honore is inviting you to a scheduled Zoom meeting.Topic: Gerard Honore Homecoming Time: Jun 25, 2022 11:00 AM Eastern Time (US and Canada) Join Zoom Meeting https://zoom.us/j/99733176795?pwd=ZHlCTU1wYkRoY3M3TDhZTWNxL05iUT09 Meeting ID: 997 3317 6795 Passcode: 249707 One tap mobile +13017158592,,99733176795#,,,,*249707# US (Washington DC) +13126266799,,99733176795#,,,,*249707# US (Chicago) Dial by your location +1 301 715 8592 US (Washington DC) +1 312 626 6799 US (Chicago) +1 646 558 8656 US (New York) +1 253 215 8782 US (Tacoma) +1 346 248 7799 US (Houston) +1 669 900 9128 US (San Jose) Meeting ID: 997 3317 6795 Passcode: 249707 Find your local number: https://zoom.us/u/aI067jsUq
Friday
24
June

Share Your Memory of
Gerard
Upload Your Memory View All Memories
Be the first to upload a memory!
Share A Memory
Plant a Tree