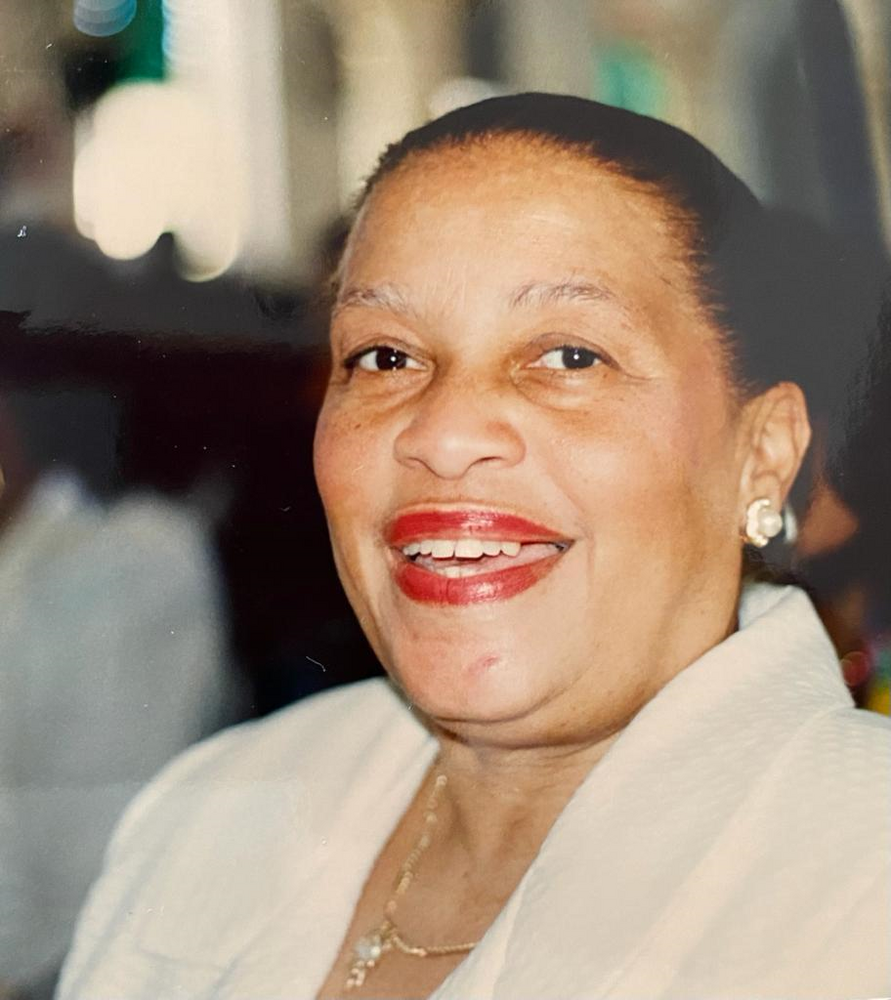 Please share a memory of Gislaine to include in a keepsake book for family and friends.
View Tribute Book
GISLAINE FOUCHÉ LEMOINE has been reunited in Heaven with her beloved husband LT.-COLONEL JOSEPH CHARLES LEMOINE tragically taken away from his young family on June 8th, 1967. Gislaine passed away after a long illness surrounded by her loved ones. Through her illness, her children went above and beyond to make sure she had the best of care especially her daughter Annie and her children Guy-Ramah and Anne-Rachèle who cared for her every need, day and night for the past seven years. In Annie’s own words, she has not only lost her mother but also her child. Gislaine and Charles are now together watching over their children Nadia (Ronald) André, Annie (Guy –Ramah) Théodore, Charles Lemoine, Ketty Lemoine, Flor Lemoine; their grand -children Guy-Ramah Jr, Coralie, Isabelle, Anne-Rachèle, Charles-Christophe, Sabine, Stéphanie, Alexandra, Christian; their great-grandson Kendrick. They were preceded in death by their son Pierre - Eric, their grand-daughter Gaëlle, Gislaine’s siblings Roland, Nicole, Fritz, Guy and their parents Anna Désir and André Lemoine, Floraine Vincent and Carlo Fouché. Gislaine is also survived by her siblings Yola (Jovenel) Dubois, Marie -Alice, Serge, her sister of heart Suze , her sister in law Julienne, her step son Eddy, her protégé Inoclès and many nephews, nieces, cousins and numerous friends in Haiti and in the United States. Gislaine will be remembered as a woman of faith who have lived thru many miracles of God in her life, a faithful widow, a beloved mother, grand -mother, great-grand-mother. An exemplary strong woman who raised five children on her own, giving them all of herself. Indeed, she died with her husband on June 8th, 1967 and from that day until September 30th , lived for the well being of her children tirelessly making sure they became the adults that they are today. She has taught them the value of education and instilled in them the love of God, the principle of elegance, grace and good manners that were so i mportant to her.By her attitude, she has shown her children the power of hard -work and the resilience that characterize her existence. Through the very difficult period of her life, her biggest support has always been her mother and her siblings. During her existence, she has experienced the good, the bad and the evil of humankind especially after her husband’s tragic death but through it all she has kept her faith and her good sense of humor which no doubt helped her during the darkest moment in her life. In all of her trials and tribulations, God has put on her path some angels who with their kindness and affection helped to alleviate her burdens; these people became family to the Lemoine clan. They know who they are. She has been very grateful to these people and her children are carrying this gratitude. The family wants to thank all of Gislaine’s caregivers thru the years, Dr. Donald Coles, Dr. Cilotte Luc, her cousins Ginou and Claudette for their support and advice during her long illness
Saturday
8
October

Share Your Memory of
Gislaine
Upload Your Memory View All Memories
Be the first to upload a memory!
Share A Memory
Plant a Tree