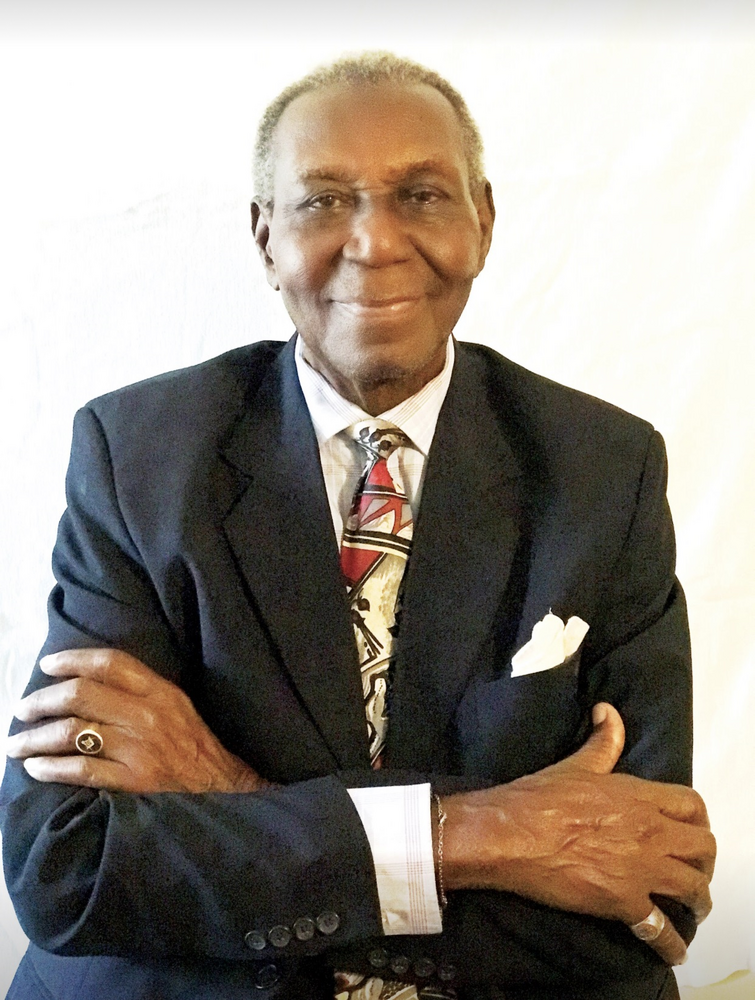 Please share a memory of Gerard to include in a keepsake book for family and friends.
View Tribute Book
Obituary of Gerard Jeanty 1929 - 2022 Gérard PH. Jeanty was born on October 12, 1929, in Petion-Ville, Haiti (Regìon of Place Boyer). He was the son of Louis Etienne Philocles Jeanty and Constance Pascal. He had six siblings; three sisters: Emilie Peguero, Irma Mathelier, Lea Jasmin, and one brother Pierre Jeanty, who predeceased him, and a surviving sister, Dr. Georgette Jeanty Lindor, and brother, Constant Jeanty. On December 22, 1956, Gérard married Francès Dorismond. The marriage ended in divorce in 1965, but the union between Francès & Gérard produced five beautiful daughters: Margareth, Marie-Claude, Marie-France (Rosemay), Danièlle, and Carole. He remarried on December 20, 1966, to Rose-Marie Rosenberg, who had two sons from a previous marriage, James Eli and Serge Eli. They remained married until her death on October 11, 2005. Gérard embraced a professional career as a certified public accountant, life insurance broker and real estate agent during his lifetime. He was a well-known member of the Haitian-American community that he served in a multitude of ways and was considered by his peers as one of the founding fathers of Little Haiti in Miami, Florida. He was the author of the sold-out book in French, "Certains Grands Inities Parlent." Gérard was a lively person who loved music, dancing and loved to laugh. He enjoyed history, health & wellness, gardening and cooking. His cooking would put other people to shame it tasted so good. Gérard was a passionate reader. He sought knowledge from different sources - past, present, and future. There was no subject he didn't know about as he was well-versed in many things. People were well impressed by him and always sought his advice regarding health and money. He was always ready to help others above and beyond, giving them his 100 percent. Gérard loved his children and grandchildren (pampering some more than others). It was important to him to share the accomplishments of his daughters and grandchildren. Gérard died peacefully on September 30, 2022, in the presence of his beloved family. He was 92. He is survived by Margareth and her two daughters and grandson; Marie-Claude and her two daughters and granddaughter; Danièlle and her four sons, daughter, and grandchildren; Marie France Rosemay and her daughter, son, and two grandsons; and Carole's son, daughter, and grandchildren. Gérard is survived by 14 grandchildren and 12 great grandchildren, with the eldest already 19 years old. Please keep the Jeanty family in your prayers. The Joseph A. Scarano Pines Memorial Chapel is Honored to assist the Jeanty family with the arrangements. 954-438-8222
Wednesday
12
October

Share Your Memory of
Gerard
Upload Your Memory View All Memories
Be the first to upload a memory!
Share A Memory
Plant a Tree