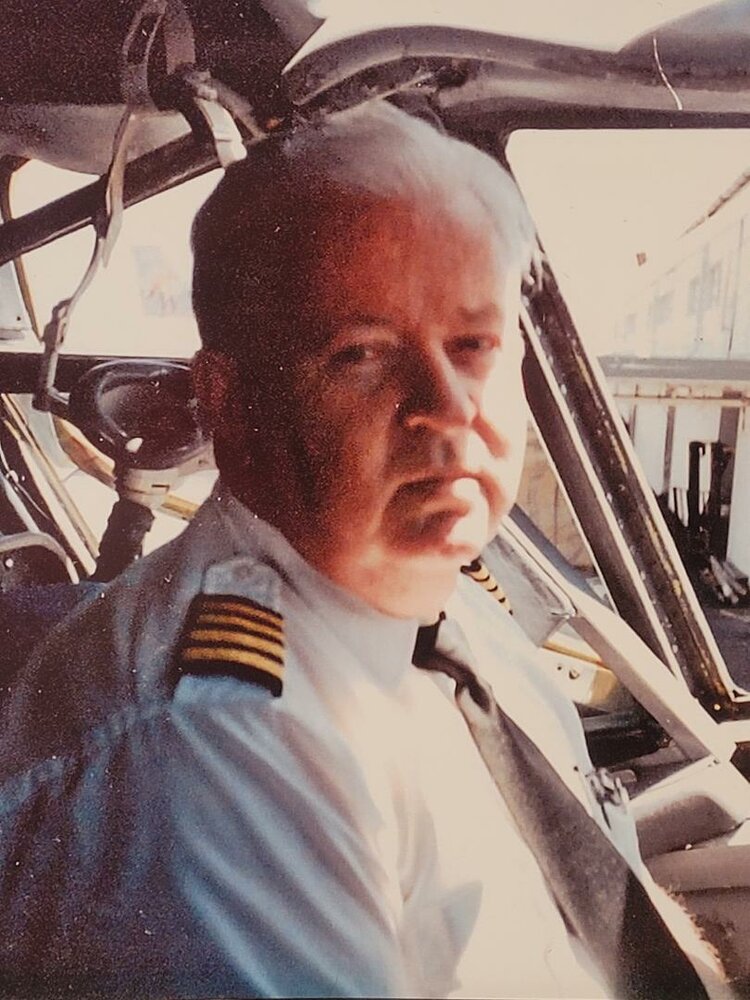 Please share a memory of Benjamin to include in a keepsake book for family and friends.
View Tribute Book
Benjamin Harmon Crum, took off on his final flight on December 1st, 2022 at 3:30 am. He will be joining his dad and mom, Frank & Sally Crum, his son and daughter, Ben Jr, and Carol Suzanne, and many others that have taken the same flight ahead of him over the last few years. Born June 1, 1933, in Tifton, Georgia, Mr. Crum was the only son of Franklin Harmon Crum and Sally Lou Stephenson. He is survived by his wife, Graciela M. Crum of Plantation, Florida and his oldest daughter, Elizabeth A. Francis, of Sanford, FL. He also has two grand-children from Elizabeth, Annmarie Wetherington and Jeffrey M. Wetherington Jr. On his son’s side, a grandson, Ben, Jr. two grand-daughters, Melissa Crum and Missy Crum, both of Tifton, Georgia. Dad came into this world with one desire, and that was to fly. He started off in life driving long haul trucks with his dad, but later moved on to the airline industry. He often told the story of how he started his journey by washing the bolts of the planes, then moving up to a mechanic position, later an engineer, next a Co-pilot until finally he made Captain. Dad had a phenomenal memory and was great with numbers. He was also a great story teller. Everyone who spent any time with him would get to hear at least one of his stories about his time in the air, who he was flying, where he was flying or how close he came to losing his life on any given day. I was the most impressed as a teenager when he told me he flew the band of Alice Cooper to a concert. After he retired, which he really didn’t want to do, he became the neighborhood dog walker, or babysitter depending on the need at the time. Everyone on the block and nearby really grew to love and respect him and in the end as his illness took hold, they all really stepped up to help him in phenomenal ways. He encouraged many in life to reach for their dreams and if there was any way he could help them to do that, he would always step up and give them a hand. The world has lost a phenomenal Husband, Father, Grandfather, Friend, Neighbor and Pilot and the sky's will never be the same without him. See you soon Dad. Love you, Elizabeth
Thursday
19
January

Share Your Memory of
Benjamin
Upload Your Memory View All Memories
Be the first to upload a memory!
Share A Memory
Plant a Tree