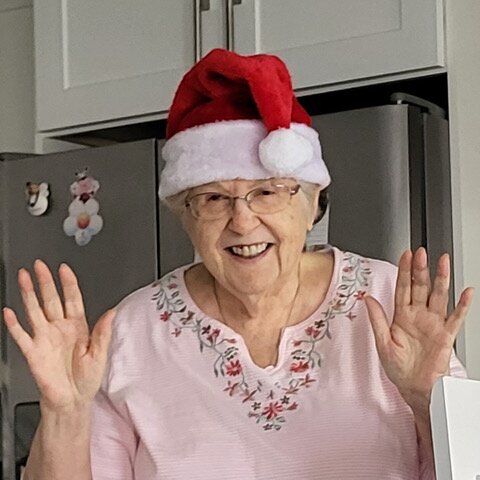 Please share a memory of Ann to include in a keepsake book for family and friends.
View Tribute Book
Ann L. Sillman, 89, of Boca Raton, Florida, passed away on January 2nd, 2023, having been diagnosed with leukemia. Ann was born on September 25th, 1933, to Anthony and Clara Scisceneti in the Bronx, NY. After Ann graduated from high school, she initially considered becoming a nun. Ann went on to study fashion design but was unable to complete her education. Although Ann never completed her degree, she was an avid seamstress and enjoyed creating her own clothing. For more than 20 years, Ann worked for Empire Theatrical, fund-raising for United Cerebral Palsy, Kiwanis and Rotary Clubs. She was also an avid doll collector and had amassed a collection of more than a thousand dolls. It was her dream to someday open a doll museum. In 1976, Ann met John Sillman having been introduced by her son, Carmine and brother, Anthony Scisceneti Jr. They were married 18 months later. Ann had two children, Victoria and Carmine, from her previous marriage. In 1995, Ann retired and spent her time enjoying shows, traveling, collecting dolls and going to the casino. Ann was predeceased by husband John Sillman and daughter Victoria Wugalter. She is survived by her son Carmine Longo, daughter-in-law Lisa Longo and son-in-law Joel Wugalter.

A Memorial Tree was planted for Ann
We are deeply sorry for your loss ~ the staff at Joseph A. Scarano Pines Memorial Chapel
Join in honoring their life - plant a memorial tree
Online Memory & Photo Sharing Event
Online Event
About this Event

Share Your Memory of
Ann
Upload Your Memory View All Memories
Be the first to upload a memory!
Share A Memory
Plant a Tree