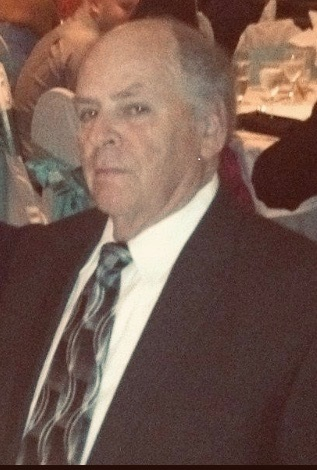 Alan H. Levy passed away on January 6, 2020 after a long battle with cancer. He is survived by his wife ( Anna) and his daughter ( Sophie Moreno) and his son in law Andy, his son (Thomas) and his wife (Brianna), two adoring grandchildren ( Kai and Poppy). His brother (Elliott) and his wife (Joanne). Alan was born in Kentucky, or as he liked to say, Kentucky born and Brooklyn raised. He was the eldest of 2 siblings . He married Anna Russo in 1984 and they remained married until his passing. He attended colleges in New York and graduated BCC. He joined the Army right out of high school even though the war in Vietnam was on, and others were drafting the dodge. He was patriot through and through- loved his country. He had a 47 year career in banking, and the last bank he worked at was Total Bank as a Vice President. He loved his staff and they loved him right back. He volunteered in the community, including feeding the homeless. Alan was a peaceful kind reserved man whom had more integrity than any other person I have ever met or will ever meet in my lifetime. We would kid that he would never use an expired coupon or move up in a stadium or theatre seat because he didn’t pay for that seat. He always sat on the seat he paid for even if it was 20 rows back. He never wavered. He had a wonderful sense of humor as expressed by every time we left the facility where he was living, he would say to the receptionist, Hold my calls. He was a deep thinker and would think though problems. He was a problem solver. A modest and humble man, he never took credit for ANYTHING. He adored his family, his wife, his children and his grandchildren. None of us could ever do any wrong in his eyes. He had old fashioned proper manners- never forgot to say please and thank you to all. He treated everyone with respect. He was so loved by the staff at The Plaza where he lived the last few years of his life. They loved him and the staff expressed such sorrow when he passed, every person down to the dining room staff was crying. He never wanted to inconvenience anyone or complain , always a positive note or joke, even though I suspected he at times suffered alone. In this sometimes selfish world, Alan was completely selfless. If I was coming to visit him and the weather was bad, he would say stay home even though I knew he lived for those visits. I just ask that G D look over this peaceful kind humble man and perhaps we will meet again one day. He will be missed by everyone his life has touched.Burial & Military Honor Guards will take place on Thursday, January 9, 2020 at 9:00 A.M. South Florida VA National Cemetery in Lake Worth, Florida.Arrangements by Joseph A. Scarano Pines Memorial Chapel-9000 Pines Boulevard, Pembroke Pines, Florida 33024. Our thoughts and prayers goes out to the family.
Thursday
9
January

Share Your Memory of
Alan
Upload Your Memory View All Memories
Be the first to upload a memory!
Share A Memory
Plant a Tree